Penrose tilings are an interesting group of tilings that have no translational symmetry but are self-similar on different scales. One method to construct them is using substitution, the same method I used for the Pentaflake fractal in the previous post.

There are three types of Penrose tilings:

All of these tile shapes are based on a pentagon and the golden ratio \(\phi\).

I'll go through how to construct the tilings in Blender using Sverchok and the Generative Art node.

I'll start at the bottom of the above list with the P3 Penrose tiling made with two types of rhomb or diamond shaped tiles. Each of the diamonds can be divided in half to give two triangles called Robinson triangles. 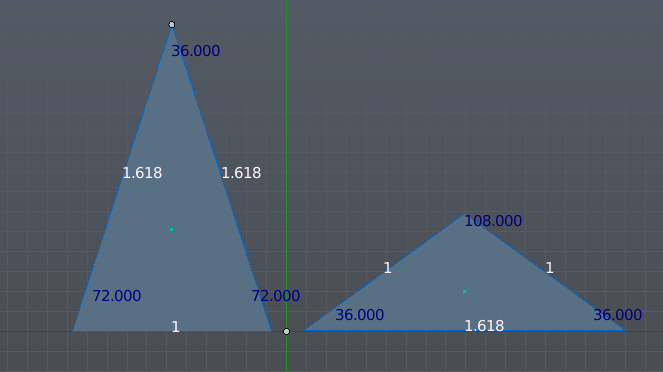 This is the ratio between the long and the short sides for both the thin and fat triangles.
The altitude of each triangle (the distance from the apex to the base) is found from Pythagoras' theorem:

Also a useful identity for deriving these formula is: 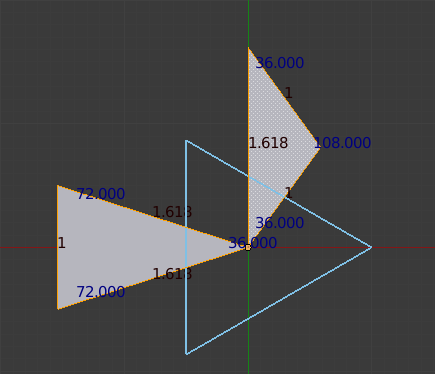 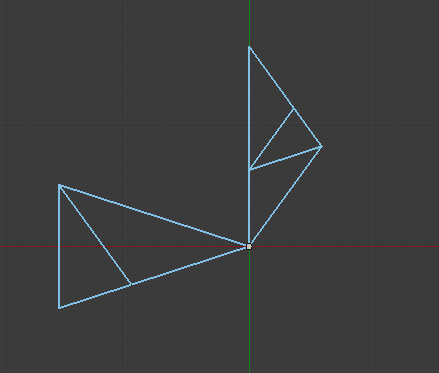 To make the tiling correct we need to mirror (or flip over) two of the smaller copies when we do the substitution. This is achieved by the rx="180" transformation.

The triangles substituted into the thin triangle are scaled by \(s1 = 1 / \phi\) smaller than the original triangles.

To produce a full plane tiling from this we change the entry rule to set 10 thin triangles around the origin, each second triangle also needs to be flipped:

We could also choose to start with 10 fat triangles instead.

The complete eisenxml and json for the nodes are in the example repo.

The above construction results in all the vertices being doubled. To produce a mesh, use the Apply Matrix and Remove Doubles nodes. Many of the faces will have their normals flipped but this is fixed with the Recalc Normals node.

At the end of the gif above the Robinson triangle tiling is turned into a proper P3 Rhomb tiling. This is done by selecting one of the longest edges (in Edit mode), then using Select > Select Similar > Length to select all the long edges. Then Mesh > Delete > Dissolve Edges to turn the pairs of fat triangles into fat rhombs. Select and dissolve all the short edges in a similar manner to join the thin triangles into thin rhombs. 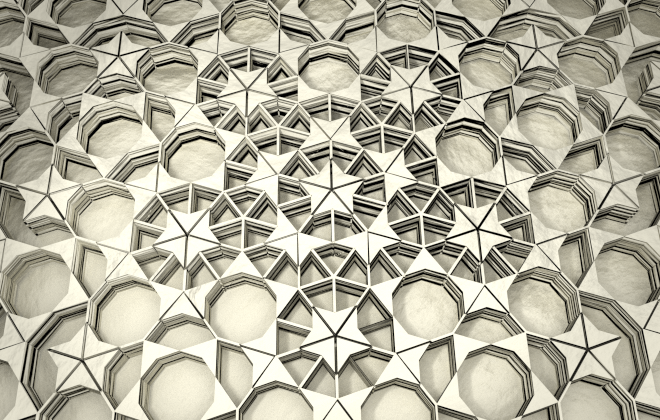 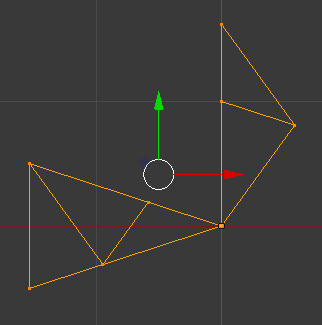 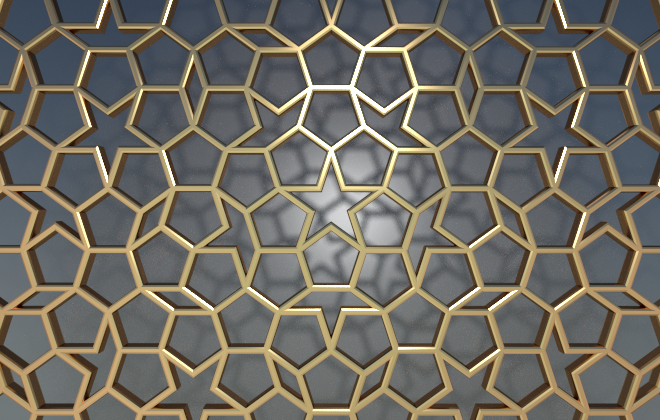 The P1 tiling looked much harder to make than the P2 or P3 tilings. The larger number of odd shapes were going to be harder to draw and there are six substitution rules to write.

A closer a look at this diagram on Wikipedia: 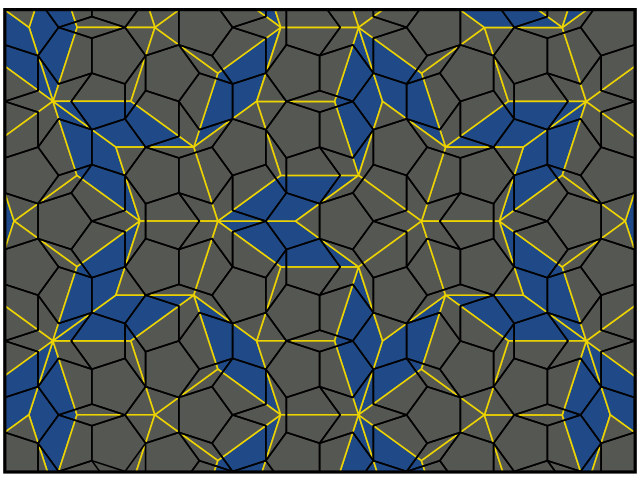 showed that the P1 tiling could easily be created from the P3 tiling. 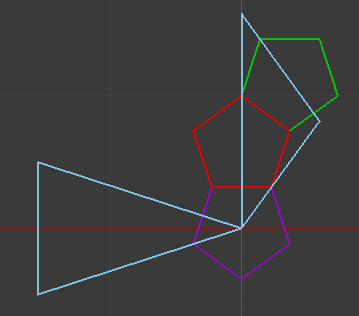 This construction doubles up on lots of pentagons but they can be easily removed with the Remove Doubles node. There are also star, diamond and boat shaped gaps between the pentagons. The Sverchok Fill Holes node can be used to fill these.

The changes and improvements I made to the Generative Art node for Sverchok mean some of the examples from ...

Last month I went to a talk at our local library by [Mark Gee](http://theartofnight.com/) on astrophotograp...